Dan Pallotta: The way we think about charity is dead wrong 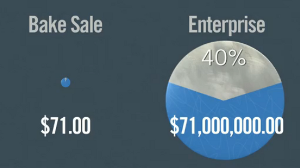 Areas of discrimination (The Rest of the World vs. The Nonprofit Sector)

Innovation is the responsability of every executive and it begins with a conscious search for opportunities.

Innovation is the specific function of entrepreneurship, whether in an existing business, a public service institution, or a new venture started by a lone individual. It is the means by which the entrepreneur either creates new wealth-producing resources or endows existing resources with enhanced potential for creating wealth.
Most innovations result from a conscious, purposeful search for innovation opportunities, which are found in only a few situations.

END_OF_DOCUMENT_TOKEN_TO_BE_REPLACED

Venturebeat.com: If you can’t explain what you do in one paragraph, you’ve got a problem

Founder should be able to explain what they do in one paragraph. Not a the “one sentence mashup approach” (e.g. “We are like Pinterest + Groupon + Facebook for dogs”). but three sentences: (1) what we do, (2) who we do it to, and (3) why you should care. Sometimes this can be two sentences, sometimes four, but never more than a paragraph 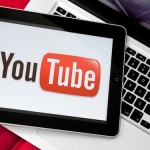 WTF… went through the iOS update for the iPad sitting in our living room (which remains the only device Apple branded at home) and I could not find the YouTube App any more… it had disappeared, vanished without notice, without warning. I knew that the new Maps app was sucking big time which I have not tried yet but did not hear anything about YouTube app being removed from the front page. What if I had bought this iPad only for that app? Apple really does not care? This is really a good example on why and how a close ecosystem like the one from Apple can be bad and I do not want to be part of.

For those interested Google has released the YouTube app for iPhone and I am sure the iPad one is in the pipeline… in the meantime you can safely use the web version which has all the features needed.

“I’m actually a little uncomfortable, in principle, [with the idea] that the action of a French court indirectly caused the removal of content in the United States”, David Clark (one of the first chief protocol architects of the Internet). #.

Clark was referring to Yahoo’s being sued in France for making Nazi memorabilia available for sale on an e-commerce site (illegal in France but protected under the First Amendment in the U.S.).
This one raises an interesting question:
Geek, open-minded and democrat I very much value Internet as a platform for free speech (even to a certain extend if it is about selling Nazi memorabilia but it is not the point here).
On the other hand I am more and more interested in politics (one says it comes with age) and the more I think about it the more I value the sovereignity of a country or a state. To be more precise I value my right to participate to the law within a country.

So if through means of votation I participate in the democratic choice of banning sales of certain items in the state I choose (ideally) to live in. Do I really want to let Internet to overrule my own choice?

Not really sure which one makes me feel the more uncomfortable.

From an ad in a mall to an internal announcement in Cisco, QR Codes are now everywhere… 5 years ago i was working in a startup active in that area without much success*! Who said that in a venture timing is critical??