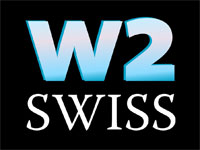 Or should I say SwissW2 stamm ? I attended early this week to the Swiss Web stamm in Geneva. Hosted by Procab, there were two presentations but first thing first, the new logo was presented by Raphael.

The first presentation was from Pierre Chappaz. He presented some Wikio‘s feature including the new version coming soon (in a month or so ??). You can check it out in a previous post while I was testing Shozu again.

The second one was from Nathalie who launched Bloobble.com, a site dedicated to host online presentations. I have to admit that I do not believe much in that service mainly because of the business model but of course I wish her all success.

Next stamm will be hosted @Cisco in Rolle, the first presentation is about Second Life, and the slot for the second one remains free.