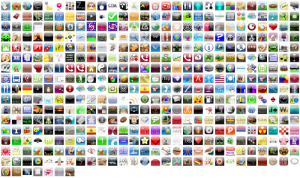 From the descriptions of most of them [read: applications], I’d say there’s a ton of unmitigated crud flowing into the App Store right now. You don’t read about it because the iPhone is all shiny and new, but with all those apps arriving daily the quality has to be really varied. Really, really varied. And with a few of the App developers making BANK to the tun of a quarter million in like two months, it’s just going to get worse. The sort of press those successes generate may not be good for Apple at all in the long run, as it appears the land-rush is on, and the scammers, spammers and other dregs of online society are closing in fast and I have serious doubts if the iTunes Store is really made to keep up.

+10. Exactly what I thought… to which I would add two things: